The first time I came to Montreal was over 25 years ago. All I can remember about Montreal was this beautiful, gigantic church that was up a hill and that people would pray for some sort of healing miracle.  The ironic thing is that the person who told me about the miracle of this church was Budhist. They went to pray because a member of the family was sick and their prayers came true. Today, with great determination, I went to the 730PM mass.  As we were near the church, there was a bright spot in the sky peaking out in the darkness of the grey cloud that was in the sky. It seemed as if God had peaked out, to remind me that He is always watching over us.

My friend who came along with me, never understood this obsession with Starbucks City mugs. On the way there, we kept stopping to look for mugs. Half way to Montreal, she started to point out every Starbucks store on the road we would pass by and even made a detour to see if they were carrying any city mugs!! Once we were in Montreal, she kept noticing every Starbucks we passed and insisted for me to stop by to get my mugs! I was really hoping for a Montreal tumbler but no luck.  She said she’s never been into Starbucks this many times in the whole year altogether!

She has no idea what she has gotten herself into! 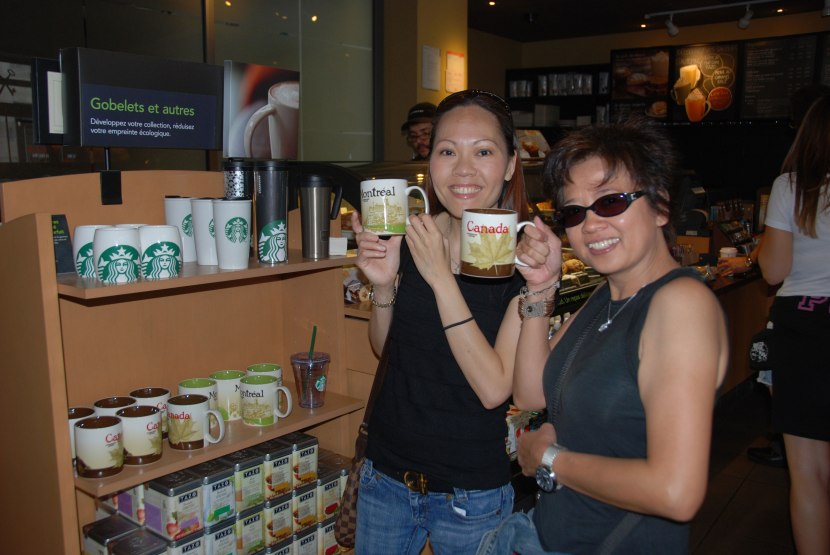 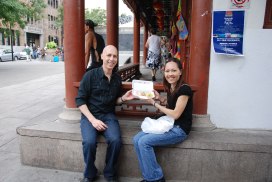