I’ve been obsessing over the movie ‘Blue is the Warmest Color’ so I decided to blog about the color blue. I’ve mentioned a few times that the Skyline Series was my favorite series and it was the series that came out out when I started to pay attention to Starbucks city mugs and wanted to collect them. SKYLINE IS ALL BLUE EXCEPT FOR LAS VEGAS, DC and SEATTLE. This addiction to this movie, obsessing over it, is like how I was when I first wanted to seriously collect mugs back in 2008. I would go online and research endlessly for mugs and groups which I successfully found, the Yahoo group that traded mugs. I had no idea this concept existed!! MY FIRST TRADE WAS THE BLUE SACRAMENTO MUG!

A few months in the process,  I stumbled up a blog from someone from WordPress so that’s how I ended up with my own blog in WordPress. I’ve been online reading every interview of this movie, saw every Youtube videos I can find about the success, controversies, and drama with this movie, its actors and director.  It brought me back to 2008 when I first started after my trip from Nappa Valley and learned that I am not the only crazy, obsessive person with mugs. Now I am wondering if I the only person obsessing with this movie. When I first saw it in the theater 2 weeks ago, I wasn’t sure how I feel about the movie. I am a huge fan of foreign and independent movies. I love the arts and really appreciate it. This movie just crept up on me, sort of like mugs do, after 8 yrs later and now, I have a 2 blogs, FB page and Pinterest. Just like this movie about first love, being in love that anyone can relate too, I am  hoping all of my efforts to keep up with all the social media sources will help muggers find each other because we all share the same common obsession, our beloved Starbucks city mugs. 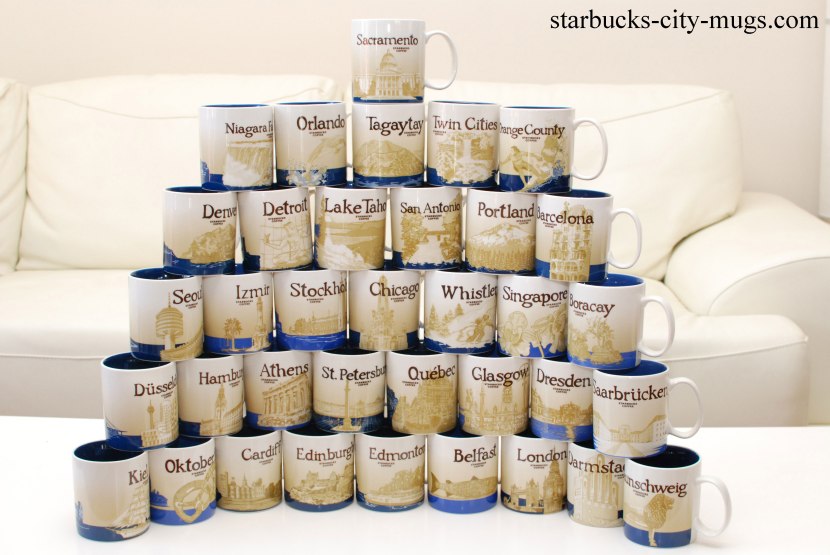 This movie won the Palme d’Or at Cannes. Steven Spielberg and the rest of the jury voted to give the award not only to the directors but it’s brave actresses as well. This may not be a movie for everyone, like collecting mugs are but once you are in your mindset, you will understand and appreciate the passion and all the hard work that entails. The result should be just as magnificent as winning the Palme d’Or.